Home » Fiction » You are reading »

My Q&A with Pamela Hart – Author of The Soldiers Wife

Read my Q&A’s here with Pamela Hart who wrote The Soldiers Wife, published by Hachette.  Some great tips for any budding writers and bookworms!

‘Did you feel any pressure to have any blockbuster endings or shocking plot twists to get the book on the store shelves?’

No, not at all. It’s not that kind of book. I just wrote the best book I could and hoped the publisher would like it! If I were working in the thriller genre, or romantic suspense, then of course you need those things. I was conscious that I had to take the effect of war on my characters seriously, and that led to some scenes which were uncomfortable to write – but I hope they good to read.

What tips do you have on keeping ‘real life’ just as intriguing and how difficult was it taking yourself back to 1915 and to keep the language real for this book?’

This is my first ‘real life’ book for adults, so I was learning as I was going – it was rather scary, to tell you the truth. I think the main thing is to remember that people don’t change in their emotions. Fear, love, grief, anger stay the same over the centuries. How those are expressed may change (in terms of dialogue, for example) but if you start with the raw emotion you’re on the right track. The language – well, my best friend is the Oxford English Dictionary, because it tells me when a word or phrase entered the language, so if something felt ‘off’ to me about a word I would look it up. And I read a lot of books written in the period in Australia to get the right dialogue (for example, it was ‘kiddies’, not ‘kids’. ‘Kids’ implied they were a bit feral). Sometimes, though, being right isn’t enough. In one scene I had Ruby make a ‘casserole’. My copy editor queried whether this was a word which was in use at the time. It was; even Dickens used it, forty years before my story. But if my editor thought it felt anachronistic, then some readers would too, so I changed it to ‘hot-pot’. So it’s not only about being right – it’s about feeling right.

Pamela is an award-winning author for both adults and children. She has a Doctorate of Creative Arts from the University of Technology, Sydney, where she has also lectured in creative writing. Under the name Pamela Freeman she wrote the historical novel THE BLACK DRESS, which won the NSW Premier’s History Prize for 2006 and is now in its third edition. Pamela is also well known for her fantasy novels for adults, published by Orbit worldwide, the Castings Trilogy and her Aurealis Award-winning novel EMBER AND ASH. Pamela lives in Sydney with her husband and their son, and teaches at the Australian Writers’ Centre. THE SOLDIER’S WIFE is her twenty-eighth book.

Thanks Pamela!  Read my review of The Soldiers Wife here

Support Duffy and buy your copy of The Soldiers Wife by clicking on the image below! 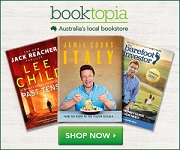 3 Reasons Why Writers Should Be Grateful for Technology

« The Soldiers Wife – A tale of war, love, loss and sticking with it…..
Love & Mercy Movie Review – Heavy Lies The Crown Of A Genius »